Karelian pies – tears come to my eyes when I remember a childhood memory of my past mother making them. And her story of my grandmother who made a pile of those for her six daughters every Saturday. Just some water, flour, rice and butter was needed. Or well, that’s what I thought before I made some by myself after moving away from home. Patience too, I recognized!

I wanted to experiment with creating something not so serious. So I recreated Karelian pies. These mixed media pies are made of fabric, wool, lace, beads, buttons etc. And they look like baked after I added some fabric dye in the edges.

When making these I remembered the emotional connection I have for the Karelian pies. They represent caring and love for me. In the area where I grew there where no celebration nor funeral where Karelian pies would not be served. The finer the occasion, the smaller the pies – and there were a hundred of them!

I thought I would create a fantasy world with my pies, linens and fancy tea but my thoughts became more real than I had ever suspected. I became to think how important people from the past quietly fade away when the time goes by. And how we can bring them back to our minds. Like inviting them for a cup of tea, even only in our thoughts.

While taking the photos I remembered a small table linen that I had embroidered as a teenager. Back then I dreamt about the future and wanted to make something very traditional Karelian for myself to treasure. I was inspired by the stories of how young women made their linen before they stepped into the marriage. That embroidered piece combined with the Karelian pies really speaks to me.

Art is freedom. Give yourself the freedom to create! You will get something precious in return.

Get more creative ideas: Subscribe to my weekly emails! 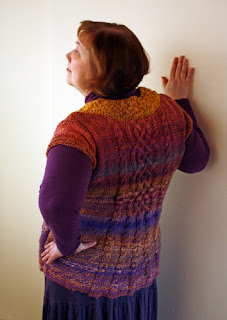 For a long time I have believed that the most valuable things are those that you can make yourself from start to finish. The question is only, where to start. This project was a very special one as I started with natural white wool. I had the idea of painting with fiber and I thought I could take a layered approach as what I have done with papers.

My first step was to dye the wool by painting colors over it. Here’s one of the rovings I dyed. 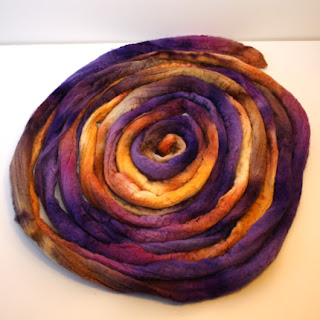 Then I spun the wool. 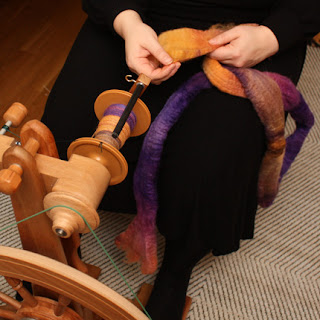 Here’s some of the finished yarn. With spinning I added “painted” layers. 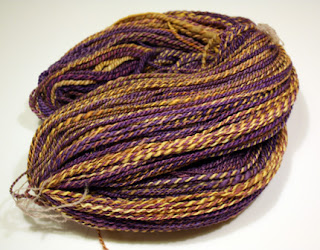 Then I chose the pattern. I could have designed it myself but I find so perfect one I decided to go with it. It’s Stockport by Sarah Hutton from Rowan magazine nr 46. I chose to make mine it a little longer to really show off the yarn. 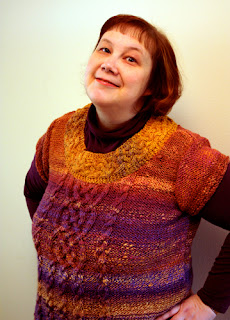 When knitting the sweater I made random stripes, another layer of paint. I think that the result really proves that the layered look can be done with fiber too!

Finnish artist Paivi Eerola
shares inspiration for art.
Subscribe to her emails and get a free mini-course!

Scroll to top
This site uses cookies: Find out more.